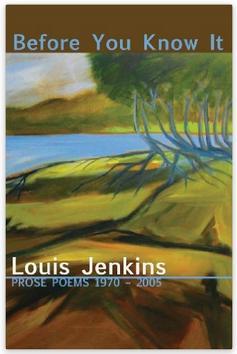 We (as least one of us) just returned from a performance of Nice Fish, a play by Mark Rylance and Louis Jenkins "drawn from the words of Louis Jenkins." The program contained a Jenkins poem titled "The Prose Poem":

"The prose poem is not a real poem, of course. One of the major differences is that the prose poet is incapable, either too lazy or too stupid, of breaking the poem into lines. But all writing, even the prose poem, involves a certain amount of skill, just the way throwing a wad of paper, say, into a wastebasket at the distance of twenty feet, requires a certain skill, a skill that, though it may improve hand-eye coordination, does not lead necessarily to an ability to play basketball. Still, it takes practice and thus gives one a way to pass the time, chucking one paper after another at the basket, while the teacher drones on about the poetry of Tennyson."

Provocative? Perhaps, but this is from an established practitioner of the form. You can learn more about Louis Jenkins at his website.