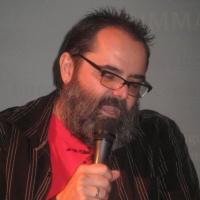 Mongo is an information management professional with over 35 years of experience in the field. He recently retired after 22 years as the Records Manager at Dartmouth College in Hanover, New Hampshire, and is the former interim manager of the Special Collections Library at the College. In these two roles, he developed a keen interest and had extensive experience in historical preservation issues, as well as information technology, data system design, and digital record keeping.

Mongo is also a poet and poetry promoter, who has extensive experience in new media. He was the host of the IndieFeed Performance Poetry Podcast, which produced over 1600 shows and delivered more than nine million downloads over a ten year span, ending in 2016. Having worked with venue hosts across the country, as well as having networking connections with nearly 600 performance poets and luminaries, he is very well connected in the performance poetry world. To visit Mongo's personal website, please click here.

Marty is the author of wine for a shotgun which received the Silver Medal in the 2013 Independent Publishers Awards. She is also a seven-time National Poetry Slam team member, the 2012 National Underground Poetry Individual Competition (NUPIC) Champion, and appeared twice on HBO’s “Def Poetry Jam.” McConnell’s work has been published in numerous anthologies, including Best American Poetry 2014, A Face to Meet the Faces: An Anthology of Contemporary Persona Poetry, City of the Big Shoulders: An Anthology of Chicago Poetry, Word Warriors: 35 Women Leaders in the Spoken Word Movement, as well as journals including Bellevue Literary Review, Willow Springs, Gulf Coast, Indiana Review, Crab Orchard, and Beloit Poetry Journal, among others.

Marty was recently selected for a residency at Hedgebrook, and debuted a collaborative and interactive performance experience entitled ''when they say you can't go home again, what they mean is you were never there,'' with installation artist Lindsey Dorr-Niro through a grant from the City of Chicago Department of Cultural Affairs and Special Events. She has performed and facilitated workshops at schools and festivals around the country, including The Dodge Poetry Festival, Palm Beach Poetry Festival, Wicker Park Arts Festival, Connecticut Poetry Festival, Cornell University, University of Utah, James Madison University, Old Dominion, University of Connecticut, University of Arkansas, DePaul University, and more. She lives in Chicago, and travels the country performing and leading workshops, as well as coaching individuals in moving toward their best lives. To learn more, visit her personal website. 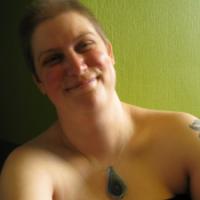 Karen (aka Karen G.) is a decade-plus slam manager, poet, fanatic, host, and organizer in the Atlanta area. She curated events twice for The Atlanta Queer Literary Festival, Ladyfest South and Estrofest’s Seen + Heard Festival and served on the board of directors for the first Rock Camp For Girls’ (ATL). She is a performer, host, organizer and coach for Art Amok! and partners with the nation’s oldest feminist bookstore, Charis Books & More in running Cliterati. She’s coached ten teams to compete at the annual National Poetry Slam. She’s been an Assistant Tournament Director, volunteer and emcee for the Individual World Poetry Slam and the Tournament Director and competing poet in the Women of the World Poetry Slam. By day she works behind the book spines at Emory University’s General Library. Karen is also the current corporate Secretary for Poetry Slam, Inc. 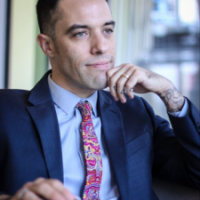 Geoff received his Juris Doctorate from the Maurice A. Deane School of Law at Hofstra in 2014. During his time there he was awarded the Charles H. Revson Law Student Public Interest Fellowship, the Bergstrom Child Welfare Law Fellowship, and received awards from both the Equal Justice Works and the Public Justice Foundation. After graduating he was awarded a Postgraduate Fellowship to serve indigent LGBTQ asylum seekers with Immigration Equality and help train students in the Hofstra Asylum Clinic. He was admitted to practice in New York in 2015.

Before law becoming an attorney, Geoff taught creative writing and performance for over 10 years. He facilitated workshops with Youth Speaks, Urban Word NYC, Administration for Children’s Services facility at Bellevue, Bailey House, Rikers Island, San Quentin State Prison, and in high-needs schools all over the United States. He has led professional development programs for NYU’s “Preemptive Education” program and Berklee College of Music.

His writing has been featured on HBO, TEDx, and Upworty. His poems have been published in published in numerous journals including Word Riot, Union Station Magazine, and Freeze Ray. He has received commissions for theatrical work from the National Performance Network, Dance Theater Workshop, The Zellerbach Family Foundation, and the City of Oakland. His first collection of poems, Murder Stay Murder, is available from Penmanship Books.

Geoff received his Bachelor of Arts from the New School, graduating with honors and a double major in Creative Writing and Psychology. He completed two theses- an examination of the pathologies of Male on Male Sexual Assaults in prisons and a discussion of developmental psychology as it applies to sex abuse in the Catholic Church. He was awarded a fellowship with the Riggio Writing and Democracy Program.

Geoff lives in Brooklyn with his partner, their 2 kids, and a fish named Bo. 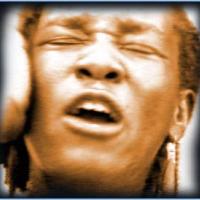 PATRICIA SMITH is the author of eight books of poetry, including Incendiary Art; Shoulda Been Jimi Savannah, winner of the Lenore Marshall Prize from the Academy of American Poets; Blood Dazzler, a National Book Award finalist; and Gotta Go, Gotta Flow, a collaboration with award-winning Chicago photographer Michael Abramson.  Her other books include the poetry volumes Teahouse of the Almighty, Close to Death, Big Towns Big Talk, Life According to Motown; the children's book Janna and the Kings and the history Africans in America, a companion book to the award-winning PBS series. Her work has appeared in Poetry, The Paris Review, The Baffler, The Washington Post, The New York Times, Tin House and in Best American Poetry and Best American Essays. She co-edited The Golden Shovel Anthology—New Poems Honoring Gwendolyn Brooks and edited the crime fiction anthology Staten Island Noir. Her contribution to that anthology won the Robert L. Fish Award from the Mystery Writers of America for the best debut story of the year and was featured in the anthology Best American Mystery Stories.

She is a Guggenheim fellow, a Civitellian, a National Endowment for the Arts grant recipient, a two-time winner of the Pushcart Prize, a former fellow at both Yaddo and the MacDowell Colony, and a four-time individual champion of the National Poetry Slam, the most successful poet in the competition’s history. Patricia is a professor at the College of Staten Island and in the MFA program at Sierra Nevada College, as well as an instructor at the annual VONA residency and in the Vermont College of Fine Arts Post-Graduate Residency Program.